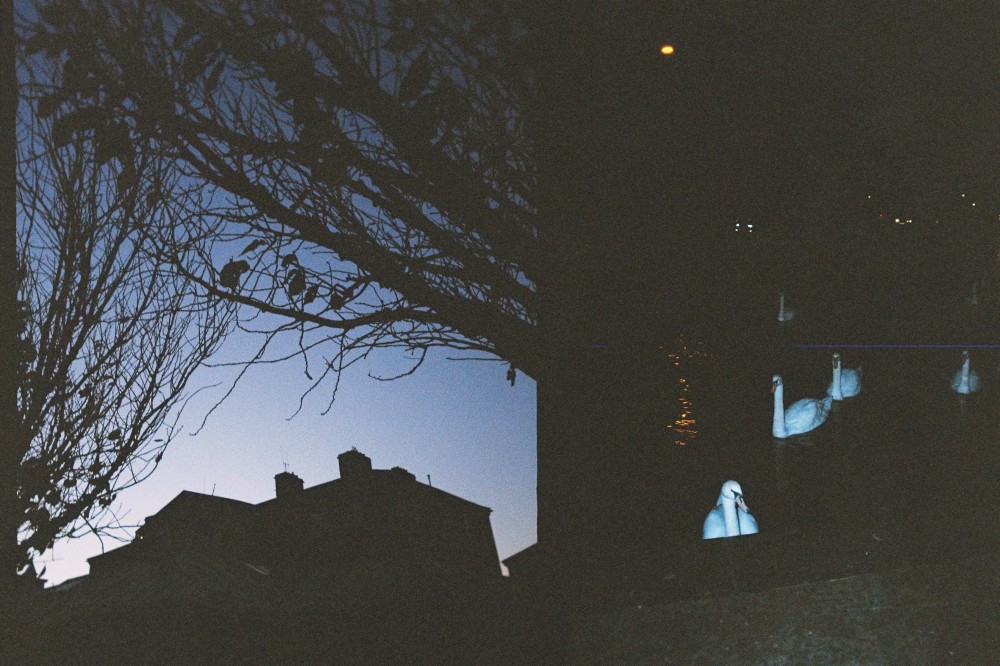 It’s a wonderful way to be, particularly as Sweet Oblivion is not an Irish-only show, and I try not to confine my playlists by location/gender/genre/etc. I try to be mindful and have some balance there, but it’s got to be something I really like or love (and/or think others will love) before I play it.

Here are two recent releases from Irish musicians that I’m particularly enjoying, and one from an Irish label.  I love the atmosphere that they create, and I think you will too.

I’ve played tracks from Galway-based Jimmy Monaghan aka Seamus O Muineachain on the show consistently throughout the year (and was absolutely chuffed and surprised when he asked to use a photo I took on the cover of one of them).  I got the first EP out of the blue, and hadn’t realised that Seamus was Jimmy of Music for Dead Birds, one of the many great bands to have released albums on the Rusted Rail label.

So I literally listened to it blind, so to speak, and was blown away. It was magical. Later, I met Jimmy while interviewing the equally prolific Tony Higgins – but I didn’t actually realise his identity as ‘Seamus’ until after the interview. “You’re HIM!?’ was my reaction when I found out.

Here’s his third EP, and as usual it is available for free download. While keeping the focus on the piano, Jimmy has added more musical flourishes to these tracks compared to the previous EPs – a scatter of cymbals, a rather yearning violin and a touch of electronics to add drama.

On the subject of bands who released on Rusted Rail, the next album to come from the micro-label, which is run by Keith Wallace, is ‘Soft Wounds’ by Songs of Green Pheasant. The delicate, double-tracked vocals and plaintive horns on opener Teen Wolf had me hooked from first listen.

Made by Sheffield-based Duncan Sumpner, this is the 4- and 8-tracked album of your dreams, if you love nothing better than sinking into an aural bed of softly-sung, lo-fi, feathery goodness. It’s pop, in the most understated sort of sense. If the B-section of your record shelves contains Bedhead, Beirut, and Belle and Sebastian, you’ll want Soft Wounds to do your ears some subtle damage.

Find out more – and pre-order before its January 12th release – here.

Keeping with releases that are perfect for grey winter nights in, the Band of Clouds album is another one for you sensitive types. When you’re listening to this, close your eyes and pretend that John Haggis and friends have gathered in your home to play you these songs. The lights are dimmed, the turf fire is blazing, and outside there’s a storm a-gatherin’.

Outside Broadcast is the perfect companion to Songs of Green Pheasant and Seamus O Muineachain, because there is a similar energy running through it, one that you can feel in the pit of your stomach.  It’s perfect winter listening because, just like the other releases, it has a smudge of mournfulness on it, a sadness that’s simmering beneath.

It’s no surprise, really, given its genesis:

John Haggis pieced this long player together while he was recovering from an operation which helped him to walk again. No longer able to play music live with his friends, hiding away and making this album became a music therapy of sorts.

The album was made by John, who’s from Granny It’s Ok To Experiment studio in Waterford, and features a host of acts including Katie Kim and Deaf Joe.

It’s just 7 euro to download the digital version of Outside Broadcast, or 10 euro for the CD/vinyl.

Happy listening! Let me know if you enjoy any or all of the above releases.

I’ll be playing tracks from all of these on Sweet Oblivion this Thursday at 5pm, on RTE 2XM.