Paris is grey. Aged stone of different shades of grey. It’s buildings that have seen history happen around them and which wear their ages well. It’s skinny rues and wide avenues, and puddles on uneven streets. Cafés with wicker chairs gathered around small tables with ashtrays on them, sweating under plastic canopies. The cafés always seem to be on the corner of two streets, so they can catch you in both directions.

Paris is neon lights that spell out ‘tabac’. Inside the tabac things feel darker and almost misty; there’s a faint sense of illicitness. There’s a man standing at the counter, nursing a pint of amber. A confused-looking woman with big hair trying to decide between two boxes of cigarettes. The man at the till says “England” definitively when you ask for a stamp for back home. “Ireland”, you retort. He laughs then shrugs: “Same.” 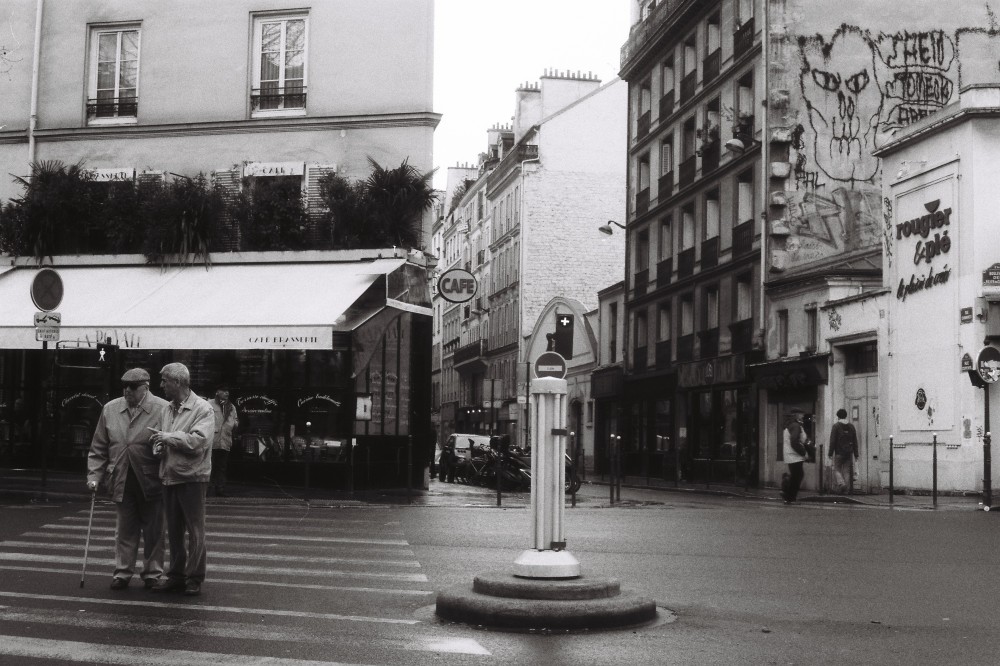 Paris is writing a postcard for the first time in a decade. It’s where you try to speak French properly but too often the words tumble out of your mouth in the wrong order. Sometimes you start to say “por favor” because you can’t remember how to say please, or you just keep repeating “merci” even when you don’t mean thank you. You’re an extremely polite and overly thankful tourist.

Paris is perfumeries and pharmacies and chocolateries. It’s choosing between flaky, sweet pain au chocolat and glossy tarte tatin. It’s two of those pain au chocolat and two mysterious ‘tigre’ pastries which you buy to bring home to Ireland but which get squashed in your bag, the butter turning the paper bag almost translucent.

Paris is a woman pulling four large cardboard boxes on a trolley down a narrow footpath, stopping in front of the window beside you to readjust the load and take a drag on her cigarette. It’s the metro, with its signage that always makes you feel like you’re in a silent film. It’s the busy Châtelet station where every entrance is miles away from each other and where you dutifully follow the signs and try to blend into the crowds, but still get lost. Then you realise the next day that you weren’t lost at all.

Paris is where you and 10 other tourists turn up at Shakespeare & Co in the rain only to find out that the shop is closed for a stocktake. But like a group of stereotypes you stand outside the red door anyway, all of you, because you like just being near it. And it won’t stop raining. And the sign on the door says it’s open – you only spot the note about the stocktake after a couple of minutes, a few minutes during which you browse Twitter on your phone and try to act like you know why the door won’t open. 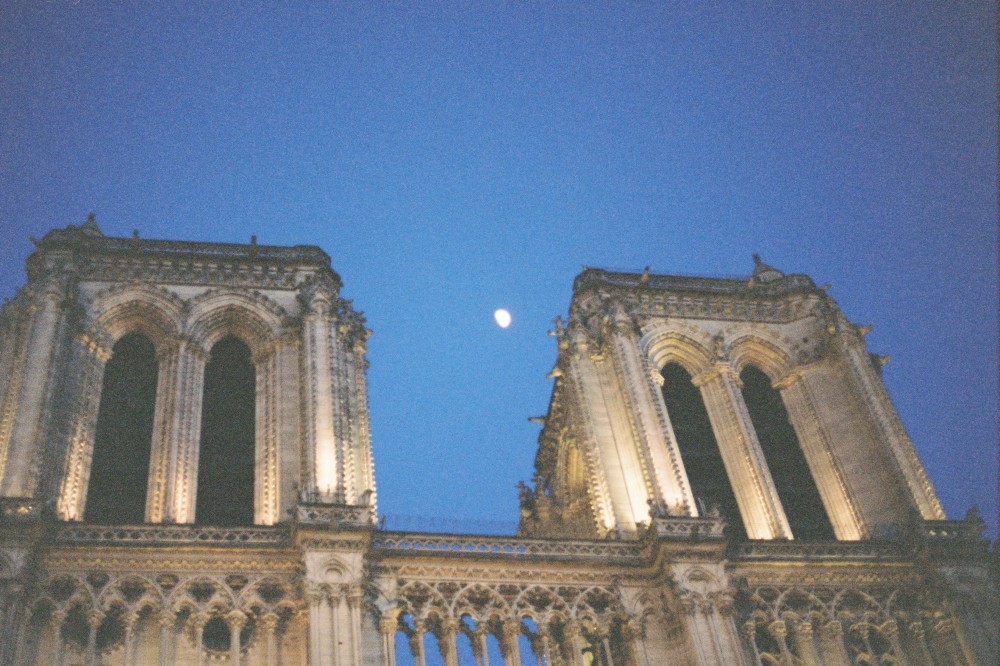 Paris is barely looking up when you pass the Notre Dame and the clusters of tourists outside it because you saw it once, the one other time you were in the city, and your pride means you don’t want to look like a tourist. Even though you are very obviously a tourist.

Paris is slowly eating a melting scoop of chocolate sorbet with an obscenely big tuille that has large flakes of almonds scattered throughout it. And thinking this, this is what delicious tastes like. Just the one scoop, in a metal bowl, served in a purple-walled café on a small island in the centre of Paris, while your umbrella leaks a pool of rainwater onto the table.

Paris is a city that knows you romanticise it, and does everything in its power to live up to all of the reasons why you romanticise, but which also doesn’t really care what you think about it at all. Just how you like it.

All pictures taken by me on Ilford HP5 35mm.