In a world where an ageing crow like James Bond can still catch a young worm (worm-an?), a comedic flick like Spy is a real treat for the noggin.

This Paul Feig (the lad responsible for Bridesmaids, Freaks and Geeks, and the forthcoming Ghostbusters movie) film is ostensibly about a mousey woman (Susan Cooper, played by Melissa McCarthy), trapped in an unsatisfying role in the CIA, who manages to somewhat accidentally become a real spy.

I feared I’d have to endure ribald fat jokes at the expense of the hilarious McCarthy, and that her spy activities would be served up with a giant helping of ‘does Ma’am not know her place?’.

Oh, Paul Feig, I should never have doubted you.

Spy is an absolute treat (now, I’m not saying it’s perfect, but really, this is about progress, not perfection, so cool your boots if you’re annoyed that this wasn’t The Greatest Feminist Comedy Ever), and these are the five reasons why:

Women have big jobs in this film – the sturdy takes-no-shit Alison Janney (as Elaine Crocker) is the top woman in Susan’s department, and nearly all the technical operatives are women. These are the people that feed crucial information to the spies, like Jude Law’s self-obsessed ladies man Bradley Fine, which helps them to do that small job of staying alive.

But the film never lets us forget that all the ‘big guys’ are big guys, out in the field, fighting crime, keeping the women in their place – at home in the office. An office that is, notably, continuously being infested by vermin.

Essentially, it’s that age-old battle of domestic sphere vs public sphere, and women’s and men’s roles within.

We’re allowed to see this: to judge it, to notice it, to question it.

2. Women talk to each other about THINGS

When you start noticing this in mainstream films, how women aren’t always afforded the luxury of, you know, conversing in a way that women actually converse, your head wants to explode from the sheer laziness of it all.

‘Wait,’ you think to yourself. ‘But I talk about boring things, and exciting things, and go on rants, ALL the time! Have these screenwriters ever MET women?’

These women in Spy talk absolute shite, they take the piss out of each other, they are horrible to each other, call each other names, and are also supportive, loving, and friendly. Just like real people.

Elaine Crocker is tough with Susan when she needs to be. She doesn’t take pity on her because she’s a woman. But she believes in her.

3. Jason Statham is GAS as a dopey self-obsessed spy prone to exaggerating 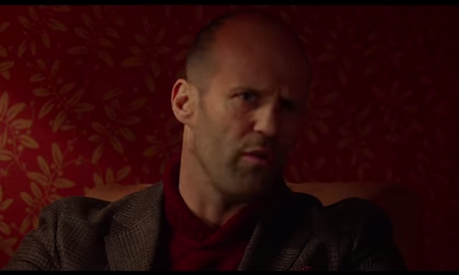 Gas, I tell you. I actually laughed so hard during one scene of his that I cried, and snorted, and embarrassed myself in the cinema.

4. Image is important, but not too important

Susan’s weight isn’t played for laughs by Feig (except, perhaps, for one scene where she gets onto a Vespa, and falls over).

Instead, we see how the characters in the film belittle Susan because of her appearance.

We’re not encouraged to condone this behaviour, or feel complicit in it.

Susan is given a series of terribly unflattering undercover outfits, indicating how she’s not seen as a ‘sexy’ woman by her superiors. She’s visibly annoyed, but she ploughs on regardless.

Then, when required, she is able to don an incredible outfit and wow people at a glamorous event. It’s not a ‘She’s All That’ moment, but a revealing of another side to Susan. It feels empowering, rather than catering for the male gaze.

She gets roundly abused by Rose Byrne’s character Raina Boyanov over this glamorous look, but Susan returns in kind by insulting Boyanov’s hair. Susan’s no saint.

When she’s given her stash of weapons, she’s anticipating exciting technical aids. Instead, she’s given items disguised as stool softeners and haemorrhoid wipes.

Again, Susan grins and bears the humiliation, because she’s used to being treated like a discarded wipe herself. But, crucially, that doesn’t entirely destroy her inner resolve.

5. There’s a bit of Susan Cooper in all of us

Early on in the film, Elaine shows Susan a video of her during CIA training. Susan kicks ass so hard during a simulated exercise that she not only gives the baddies the old one-two, but she takes down her trainer as well. She’s such a fierce fighter that she hardly knows when to stop fighting.

But Susan is mortified. She’s apologetic, sorry about what she did wrong, focusing on her perceived error in manhandling her trainer. She’s so sorry about this that she fails to see she is actually an incredibly good fighter.

We’ve all been that soldier. Focusing on our lack of ability, or the things we’ve done wrong, rather than what we’re actually capable of.

This scene reminded me of this recent New York Times column, where the author argues that women should just stop saying sorry all the time.

All I can say is I’m sorry, but that really spoke to me.

This isn’t to say that Spy is a perfect feminist film, or doesn’t have its cliched moments. The cast is nearly all white, with the ‘foreign’ characters having the ‘usual’ catch-all Eastern European accents.

However, the film does revel in embracing these cliches in order to explode and exploit them. We get the mansions, the shoot-outs, the casinos, the speed chases. But we also get to see these spy tropes through a satirical lens.

Bum notes do include Peter Serafinowicz’s lecherous and stereotypical Italian spy, though it shouldn’t go unnoticed that Susan deals with him how many women deal with such behaviour – politely trying to avoid his creeping hands.

Ultimately, Spy is a delight – and ripe for a sequel. Go on, Feig. Make my day.