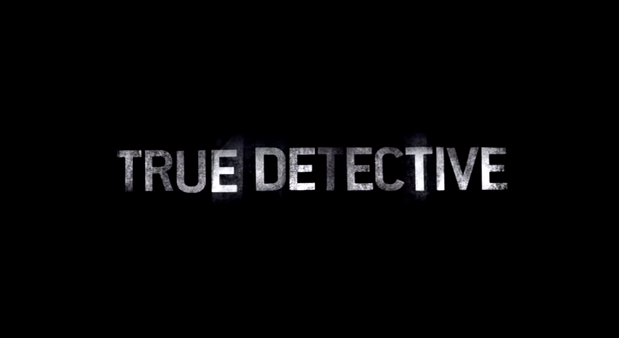 Spoilers abound, so be wise.

Murder, the occult, the creepy Louisiana bayou, satanic abuse, time being unveiled as a flat circle, an exploration of American masculinity, revenge sex, mythology, Matthew McConnaughey resurrecting his acting career while wearing a range of fetching blazers – True Detective season 1 had it all.

Except a believable and not sexualised (or explored solely in relation to her relationship with a man) female character. (For the record, I liked Maggie – played by Michelle Monaghan – but we got nary a glimpse into her interior life, or her character not in relation to being a wife/sex object.)

So when Rachel McAdams was confirmed as a main character in TD’s second season, we had a reason to rejoice. Finally! Nic Pizzolatto could boot those sexism accusations and complaints (which not everyone agreed with) into the grave and show that True Detective didn’t have a woman problem after all.

Except, now that the second season’s first episode has arrived, it appears that this ‘woman problem’ is still as obvious as the first signs of PMS. It’s there alright, but you hope it’ll soon abate. Given that we’re just one episode in, I’m cautious, but I’d take a painkiller regardless.

Given that Louisiana native Pizzolatto (who alongside director Cary Fukunaga created a great first season – despite an unsatisfying ending – of a stunning, dark and troubling series that reeled me in completely) doesn’t have a writing room, and – heroically – crafts the series on his lonesome, I wondered what it would be like if a woman had an input into the writing of True Detective.

Which led to these imaginary conversations in an imaginary writer’s room between an imaginary man* and (cough) imaginary woman, about the parts of the episode that had me laughing out loud or rolling my eyes at how cliched or unknowingly sexist they were.

MAN: So, we’ve decided on having a female cop – hardworking, determined, can’t hold down a relationship, tough cookie etc etc.

WOMAN: Great – so it’ll be her and one other cop. Partners?

MAN: Yeah, a detective but they’re not partners, and then a motorcycle cop but he won’t be her partner, and then the other main guy will be a sort of underworld character. You know, gangster.

WOMAN: So there’ll be one main woman and three main men?

MAN: Structural necessity. Got a lot of stick last time for not having a solid main woman. We have another woman too, but she’s not as major. A wife.

WOMAN: Paul Woodrugh walks in, looking troubled, and his girlfriend is waiting in the bedroom.

MAN: Yeah, she’s on the bed, in her underwear, waiting for him and then he just bursts in all brooding and a bit angry, y’know?

WOMAN: Is she reading?

MAN: Reading? No, she’s waiting for him.

WOMAN: Ok, on her phone? Studying?

MAN: No, she’s just waiting there for him in her underwear, on the bed.

MAN: I’m seeing Semyon as wise – like, he’s been through a lot.

MAN: Exactly. So he’s wise and he says these wise things.

MAN: So far we’ve got: ‘Never do anything out of hunger. Like eating.’ People really listen to him.

WOMAN: Right. Even eating? Anyway – anything else…

MAN: ‘Sometimes your worst self is your best self’. See? Wise.

MAN: What makes it so tragic is that years ago, Velcoro’s wife was raped. So he’s angry, and traumatised. And he doesn’t know if the kid is his.

WOMAN: Awful, totally traumatising for her… so we meet her right after we find out, or maybe at the end?

MAN: No, she’s not in the first episode.

WOMAN: The woman who was raped isn’t? They still together?

MAN: No, split up, he’s angry, she’s with another guy now. We meet him.

WOMAN: Who, the new partner?

WOMAN: So we meet him but not the woman who’s raped, who’s the reason why Velcoro is so angry.

MAN: Yeah, but we meet the son too. Structural necessity.

MAN: Ani and the guy are arguing about sex in the kitchen – she’s badass.

WOMAN: That’s the first time we meet her?

MAN: Yeah, so we know – this woman doesn’t fuck around, even when she fucks. She’s bad, she’s an outlier, she’s strong. She basically kicks him out.

WOMAN: So the first time we meet her, it’s in relation to her having sex, even though she’s a police officer.

MAN: First time we meet her we see how strong she is – she takes no shit.

WOMAN: And we couldn’t see her in shooting practice, or on her own at home, or in work, or… 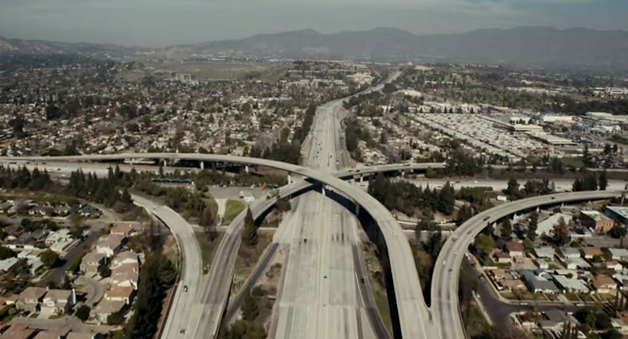 MAN: Then the blonde in the car basically propositions Woodrugh, and he’s conflicted. But he sees she has an ankle monitor.. anyway, he ends up in trouble and is suspended.

WOMAN: Right. So this woman just propositions him out of nowhere, even though she’s got an ankle monitor, so she can avoid a ticket.

MAN: It’s California. She’s clearly troubled, he’s troubled too. It gives us an insight into what he’d do in work.

WOMAN: Is that something people do though, offer sexual favours to cops?

WOMAN: And do we even find out the sex lady’s name?

MAN: It doesn’t matter, she’s only in it for a few minutes.

Episode two of season two of True Detective airs on Sky Atlantic on Tuesday, and, yes, of course I’ll be watching. And hoping that the woman problem eases a little…

*Literally one man, not all men, or even the man.

All images are screengrabs from this trailer.